I was part of a conversation the other day, with people I didn’t know very well, but who were aware of my husband-less situation. The topic of husbands came up, and, as is customary amongst good friends (I was kind of on the outer of the group) the little digs about husbands and parenting came up. You know the ones – him expecting a medal for doing dinner/bath/bed one night a month; him not knowing the routine and messing things up…. I could go on. There were no harsh tones, more just general eye rolls and nods of agreement.

I couldn’t help but agree absentmindedly. One of the ladies there, who doesn’t have kids or a partner said something along the lines of “that’s why I think, if you go into it on your own from the start, you know what to expect, and you just do it all yourself from day one.” Again, I absentmindedly agreed, to some extent. This poor girl came up to me later and apologised for the conversation that was had in my presence, and I absolutely assured her she had nothing to apologise about. It was a real conversation about real life – it takes a lot more than that to offend me these days.

The thing is, it’s not the co-parenting that I miss. It’s the de-brief at the end of the day; it’s the silent companionship on the couch when all that needs to be said is “Scrubs?” and “heck yeah”; it’s someone knowing your coffee order; it’s someone you can make inappropriate jokes with and not worry about offending anyone. It’s a million things that you don’t realise until they are gone.

I had a taste of that again this year with someone new, and it felt really great; familiar but completely different, and then it ended. Painfully. It was a hard pill to swallow, but lessons have been learned and my heart will heal. Again. I will take the good from the situation and add it to my story. Again. I will acknowledge the hurt and leave it behind. Again. I will surround myself with my people and they will get me through to the other side. Again.

Maybe I was naïve, maybe I was too trusting, maybe I could have done more to protect myself, but maybe I was exactly how I needed to be – vulnerable, open-hearted…. myself. 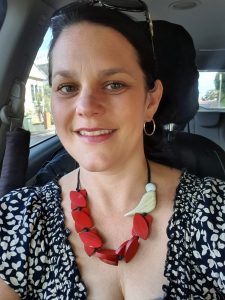